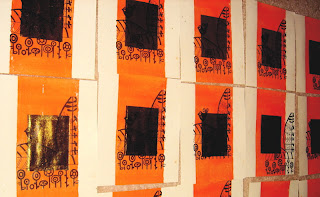 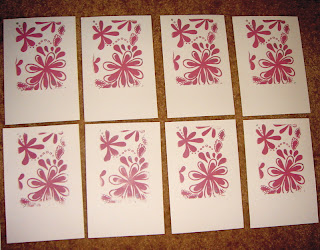 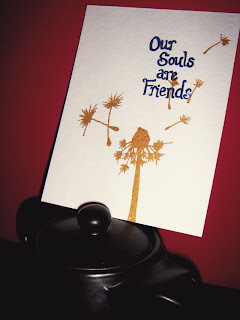 you may recall that some of the first posts on my blog were about this device called a ‘gocco’. you may also recall that i was a bit obsessed with this machine and had to have one of my very own. after hours of trawling cyber space and losing a lot of ebay bidding wars, i ordered one from japan – home of the gocco. i also ordered a bunch of ink, screens, bulbs and paper.

one glorious day in may i got to my front door and there was this box sitting there. at last, the much anticipated gocco had arrived!
there was much celebration and glee.
then several months passed.

five to be exact.
and my gocco sat in my room and gathered dust.
i would think about it occaisionally but then was indimidated by the ‘process’.

but today i got home from yoga and i decided it was time to make friends with my gocco.
and make friends i did.
this first series is titled ‘our souls are friends’.
i know Q is going to think that i stole this from his world.
but in fact, my dear, i did not.

it is from another conversation i recently had.
something that was said to me.
that reverberated with truth.

one day, when i master the art of the gocco i’m going to sell my prints on my Share on Facebook