and so it begins.

‘working out’ isn’t really a term that’s thrown about much (read: ever) in our little household. sure, i go to the occasional yoga class and a couple of times a week i’ll leave our place and just stroll for miles in no particular direction, or walk with ash around the reservoir. i generally enjoy being somewhat active. but dev, hmmm…not so much. and i’m not sure whether it’s the adventures we are about to embark on traversing southeast asia, or the fact that he just turned 30, but the other night devon decided he was going to ask some friends for advice about starting an exercise routine.

and since that decision was hurled into the universe devon’s happy little orbit has been thrown off its axis.

who do i blame? folks, i blame none other than tony horton, the man (and the muscles) behind the torture exercise craze that’s sweeping the nation: p90x. 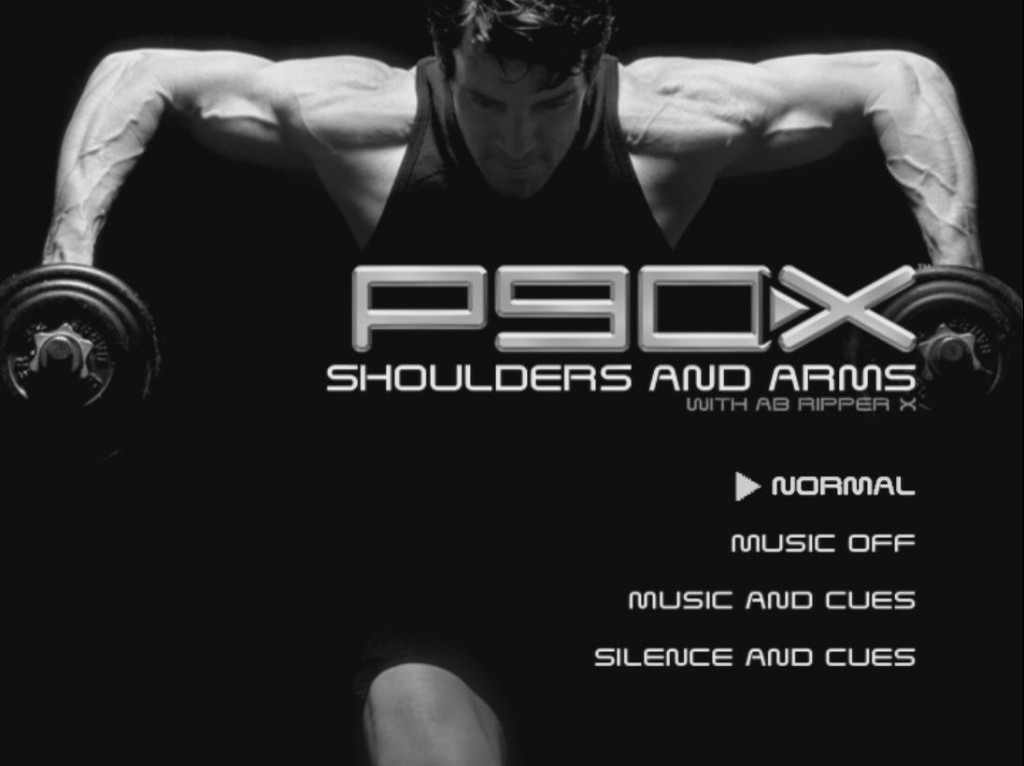 (sidenote: i can’t really figure out what the 90 in p90x stands for, but my guess is it’s: ’90 excellent reasons to dislike tony horton’.)

so let’s go back to yesterday morning when we were greeted bright and early by our friends, justin and andy, at our doorstep sporting tank tops, and pull up bars, and looking all too excited about what was about to happen. while dev and i stumbled around our apartment bleary-eyed and foraging for caffeine, the guys rearranged the furniture and introduced us to the program. for those of you who have not yet been swept up in the p90x madness, there’s a whole science behind this program, complete with charts, studies, testimonials and bulging muscles aplenty to prove its worth. people that are committed to p90x seem to really like it. they talk about it all the time. they tweet about it. they probably kiss their bulging biceps and dream about tony horton, but the point is, there’s no middle ground here. i don’t think you can be indifferent to p90x. it’s like cilantro – you love it, or you hate it.

it was soon apparent that my sweet husband might be in the loathing camp when it comes to p90x. but for good reason – you guys, it’s hard. like really, really, makes-you-want-to-vomit, difficult. and obviously that’s why it produces results. but it’s no joke and tony horton is pretty obnoxious. but it was really sweet to watch andy and justin encouraging dev as he threatened to stop every two minutes. meanwhile, i stood on the sidelines, mocked mr horton, and tried to be encouraging. that is, until our landlord showed up at our door to tell us that our exercising would ‘wear down’ the hardwood floors. which is just another nail in the ‘our landlord is certifiably CRAZY’ coffin.

so that was day one of the program. andy even made a little chart for dev to track his progress and then promised to come back again today.

and sure enough, at 9am this morning andy bounces into our apartment and we push play on today’s DVD – pylometrics! which is basically just jumping and squatting and lunging and leaping for one hour straight. i decided to join in the fun today because, i actually don’t know. i guess it’s because i had lost my mind.

we start with the warm up and tony horton introduces the other people in the video that are exercising around him – he points to the guy to his right and goes ‘this is eric. he has a prosthetic leg’ and sure enough, the guy has only one real leg and one prosthetic. which meant that every single time i wanted to stop, lie on the floor, writhe in agony etc. i looked at eric. and eric looked back at me. eric the fearless one. eric who was leaping and lunging with a smile on his face. eric whose hair was bouncing up and down as he conquered p90x with only ONE actual leg. and there is no way you can just give up when the one-legged dude isn’t even breaking a sweat.

way to motivate me tony horton. i still hate you.