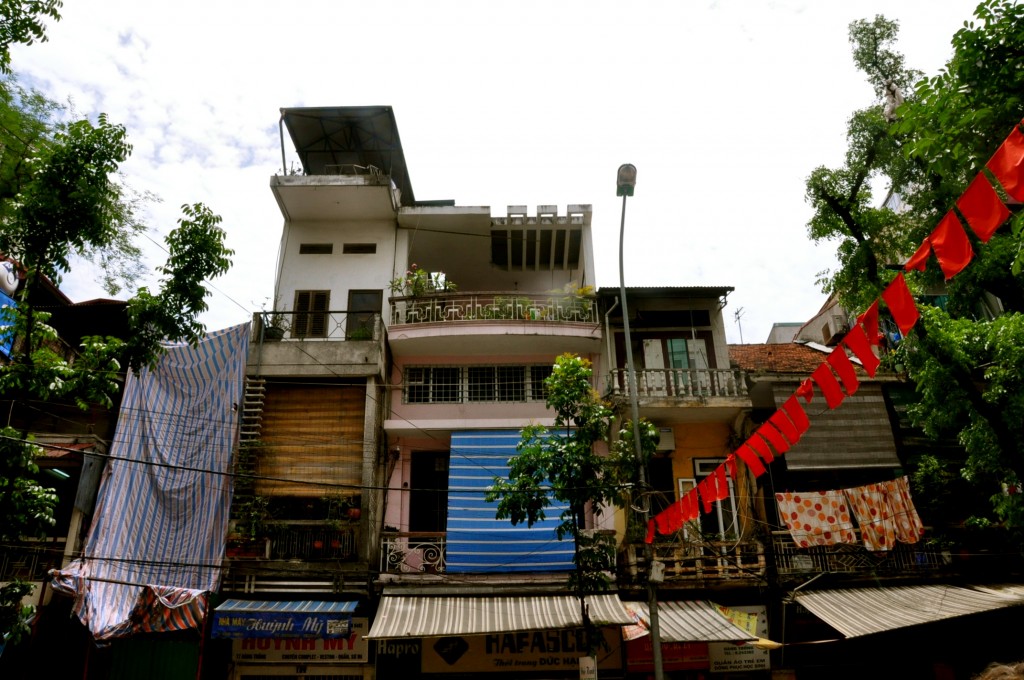 One of the things Dev and I were really excited about were the cheap massages in Asia. The fact that we could get an hours worth of someone pummeling our bodies for less than $10 sounded too good to be true. So everywhere we went we would scout out places to get massages and they were always fantastic. EXCEPT for this one time.

We were in Hanoi, Vietnam, staying in the charming French quarters. It was late and we were both exhausted so we decided to get massages before heading back to our hotel to sleep. We saw a neon sign for massages and blithely walked in. I guess alarm bells should have gone off when an armed guard lead us through a winding passage into the bowels of the building, but hey, we were in Vietnam, and we’d learned to just go with the flow. We finally got to a ‘reception’ desk of sorts and I asked to look at the price list so we could figure out what service we wanted, and this is where the second set of alarm bells should have tolled loudly. The ‘menu’ was in Russian on one side and broken English on the other and it wasn’t very detailed. The list was just a bunch of adjectives like this with prices next to them:

The staff looked a bit confused as I asked how much it would be to simply massage just our head and shoulders. It seemed like this wasn’t an option. I then explained that Dev and I would like to be in the same room and that seemed to confuse them even more. They lead us to this candle lit room with a jacuzzi and a giant glass shower and told us we could get the luxury package. They also insisted that we pay cash in advance. It was all starting to sound a bit complicated so we just told them to forget the shared room and that we’d be fine in separate rooms. After being ushered into tiny dimly lit rooms and told to undress, my ‘massage therapist’ walked in – a woman who looked very young, wearing a strapless red satin dress, a lot of makeup and teetering on six inch heels.

And it was at this moment that I started to get the feeling we were going to get a lot more than we bargained for.

I guess females don’t generally frequent these kinds of establishments, so since I was expecting a regular massage and had already paid, the woman did the best she could. But let’s face it, massage wasn’t really her fortè.  Plus her dress and heels made it pretty hard for her also. The whole time I was getting my awful massage, I  worried about Dev. Finally, I couldn’t really handle the situation anymore and I jumped off the table and started to get dressed. The woman seemed to understand and didn’t really protest. I then walked into Dev’s room to find him nervously sitting fully clothed on the massage table. He looked so relieved when he saw me and we both grabbed each other by the hand, and quickly exited the building. As we hurried down the street, I asked Dev what had happened and he said the entire time his ‘massage person’ was offering a multitude of ‘extra‘ treatments, and being very insistent. So after a few minutes he decided he had enough of the whole ordeal and so he told the woman to stop, and he put his clothes back on.

“So you just sat there in awkward silence waiting for me?” I asked.

“No, I showed her apps on my iPhone to distract her. She was actually really impressed with google maps.”

10 comments on “beware the brothel.”