we love many aspects of our new abode, but one of the best things about it is the ease it affords us to have friends over for dinner. at our last abode our dining table became my desk, so dev and i literally spent an entire year standing up at the kitchen counter whenever we were eating. when we first moved into our new place we found ourselves doing the same thing, eating while standing up, when we realized one day, that HEY THERE! we actually have a table. with chairs. let’s sit. and then eat our food at the speed of light. we’re still working on the eating consciously and slowly thing.

even though dev & i enjoy eating out there is also something so ‘filling’ (beyond the food), that happens when you have friends gathering together to eat in a home. there are no parking hassles, no waiting in line, no distractions, and no bill to split at the end of the night. and i find this so much more conducive to fostering quality conversation and relaxed companionship.

this is also why i’m really excited for spring/summer as we have a backyard and patio that is begging for outside dinner parties. i dream of a large, antique, wooden farmers table with two big benches on either side under a canopy of edison lights, that we all sit at sharing in good food and great company.

also, let’s talk about games for a minute. i don’t know if it’s a general resurgence in the world that more people are appreciating the awesomeness of games, or if this is a phase just affecting our friends and family, but lately, we can’t get enough of them! we are starting to build our little collection and so far we have: settlers of catan, pandemic (a collaborative game where the players all work together to beat the board), flux, dixit, and carcassonne. if you have any other recommendations for excellent games please let me know. our game shelf awaits.

also, if you have never played ‘can you do it better?’ with steve failows then the awesomeness of your life has probably maxed out at 99% capacity.

so here’s to breaking bread with friends! and to boardgames! and to brie cheese!

(sorry, i’m on an alliteration roll) 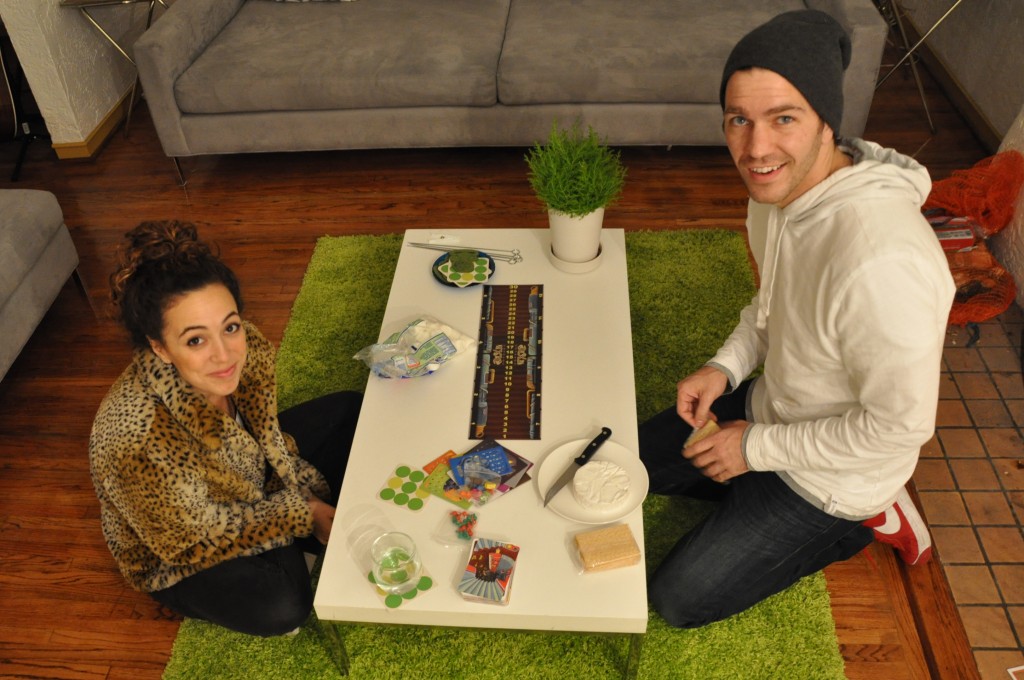 4 comments on “breaking bread together.”