marabeth joy reichel. or as i call her: maz, madu, mazza-relli-maz-cat.

in 7 sleeps (yes, i count down in ‘sleeps’. try it. it’s a lot more fun) i will be flying on a red eye flight to toronto, to witness the marriage of one of my best friends. i’m beyond excited about this celebration, and here’s why:

marabeth is one of the most loving, patient, resilient, caring, optimistic, joyful, supportive and honest people in my world. we met almost exactly a decade ago in haifa, israel. we became roommates and the connection was solidified over countless evenings eating cheese & crackers for dinner accompanied with huge glasses filled to the brim with diet coke, ice and lime, and laughter. non-stop laughter.

along with jen, we’d dismantle the nuances of our days and squeeze every ounce of hilarity out of the situations we’d encountered. these two blonde, blue eyed american girls, one from st. louis, the other from tennessee, became my sisters. eventually we all left the place that had brought us together, but as the years passed we stayed in contact, visited when we could, and picked up wherever we had left off. 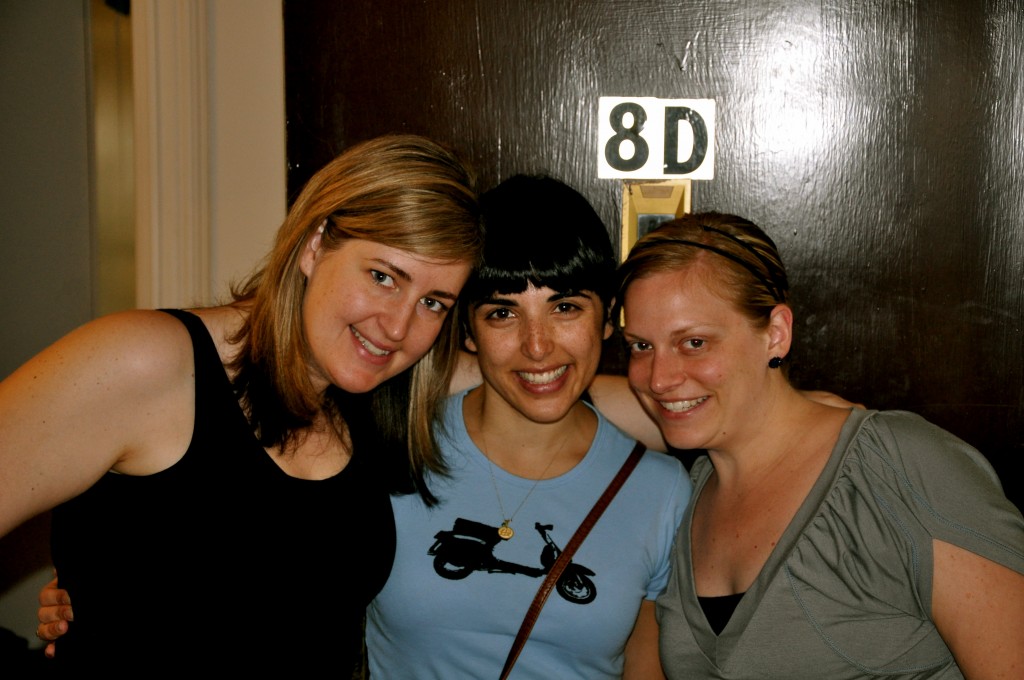 in 2007 i moved to nashville. a place i’d once dismissed as an option. i believe my exact words were “i will never ever live in the south.” and yet, there i was. for a few months i operated in autopilot – found a job, made friends, realized that if i kept busy enough i wouldn’t have to spend any miserable time alone, chopped off all my hair in an act of defiance, went out late and showed up at work with unapologetic bed-hair the next day, etc. you know, classic train-wreck behavior :)

but life has a beautiful way of coming full circle and after a few months, marabeth moved in with me and we were roommates again. she was on the delicate journey back to health, and i was just barely figuring why it was worth it to get out of bed in the mornings. and yet, somehow we managed and we repaired. i truly believe we gave each other the gift of seeing in the other, what we needed to see for ourselves. marabeth has always been my biggest champion, and i hers. and when you have someone in your corner, cheering you on, and truly believing in your nobility and higher nature, you rise to the occasion. and so we did.

in 2008 we moved into a cheerful home in east nashville. we proclaimed it the year of love, and so naturally this was deemed the house of love. 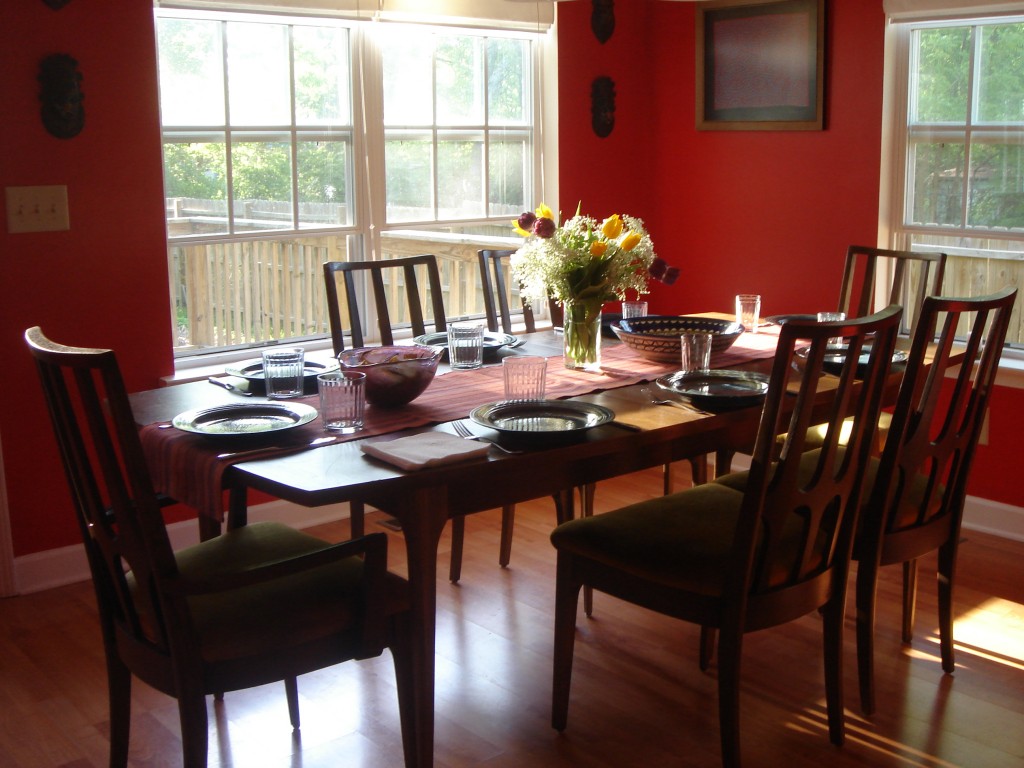 it was here we figured out how to hot wire a dryer and acquired our gangster street cred.

the house came complete with a chalkboard wall in the kitchen area which we made ample use of. 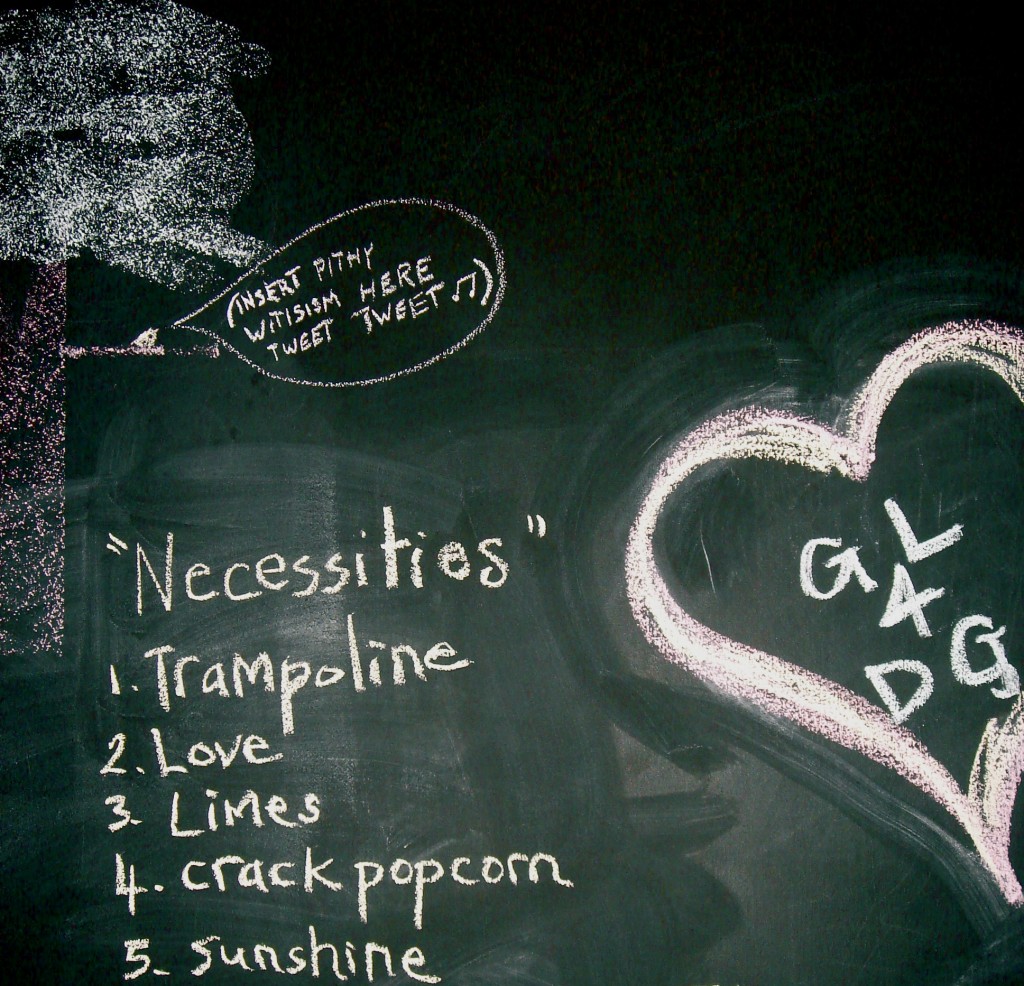 marabeth also was hired at the tennessee performing arts center, and as we walked over the bridge to work in the mornings she would tell me that we were like the real live laverne & shirley (don’t worry, i had no idea what this reference meant either). with desks within ear shot of each other, divided by a file cabinet, i think it would be an understatement to say that we had fun working together.

i found one of our conversations the other day on my old blog:

M: “He is a little odd looking”
G: “Yeah…he has that ‘I’m going to kidnap you, take you home and chop you up and put you in my freezer’ look about him doesn’t he?”
M: “No…I meant something else”
G: “Really? Like what?”
M: “Um, he looks like he has no equilibrium”
G: “Equilibrium?!”
M: “Yeah. like he might have an inner ear problem or something”
Pause.
G: “Did you really just describe someone has having no equilibrium?”
M: “Yep”
G: “Why can’t you just say ‘balance’?”
M: “If you hang out with me you have to be down with five syllable words”

anyway, we knew we’d made it really big in the entertainment world when we were featured on the back of the TPAC car! 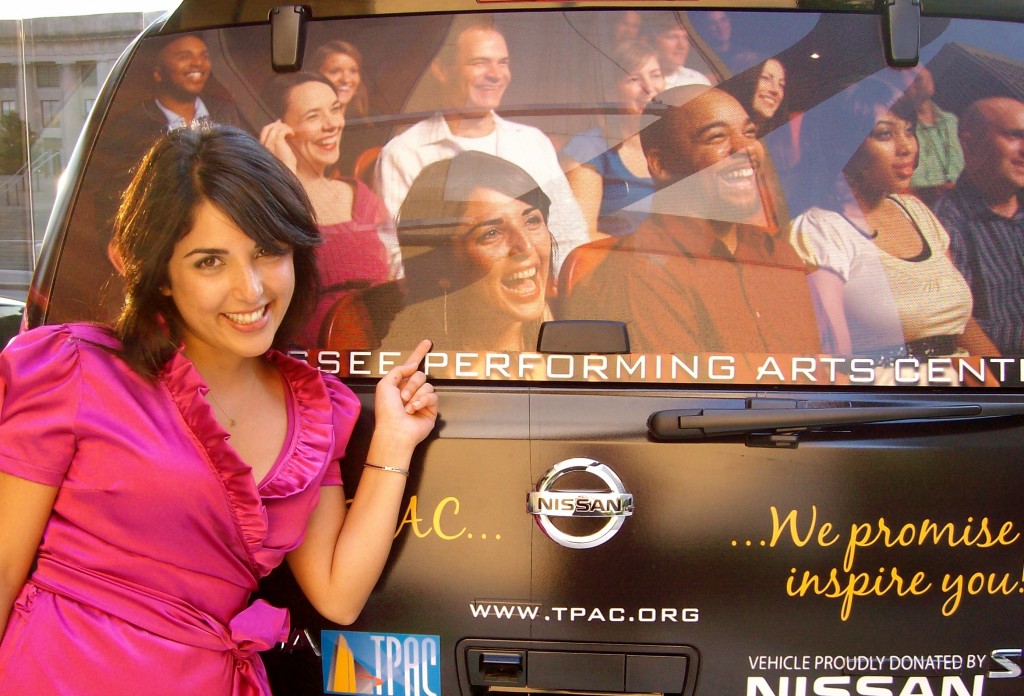 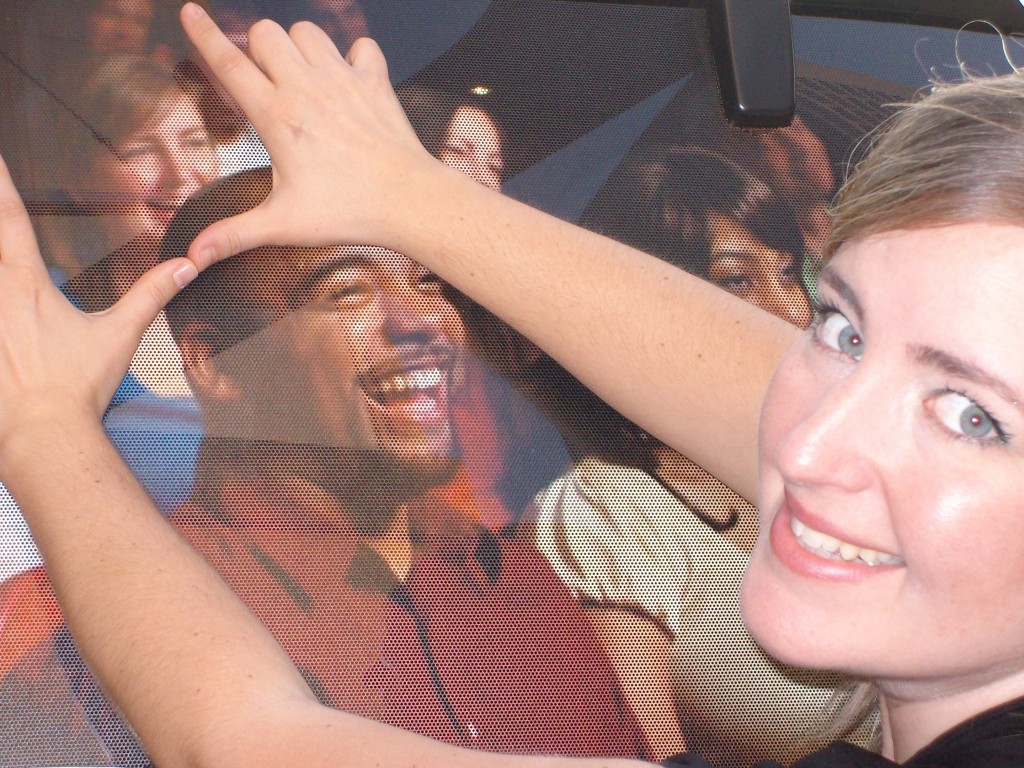 this same year, the year of love, in the house of love, marabeth found love, as did I (don’t dismiss the power of INTENTION people).  i was the first to see her face all flushed after her marathon 3 hour phone calls with ken. and then he came to visit and i got to watch my friend (who has been praying for her husband since was 16) as she fell head over heels.

i love you maz, and i’m so excited to share in your joy on your wedding day. i promise not to say anything incriminating, like about that one time when you were watching the chinese olympic male swimmers with great interest. ;) 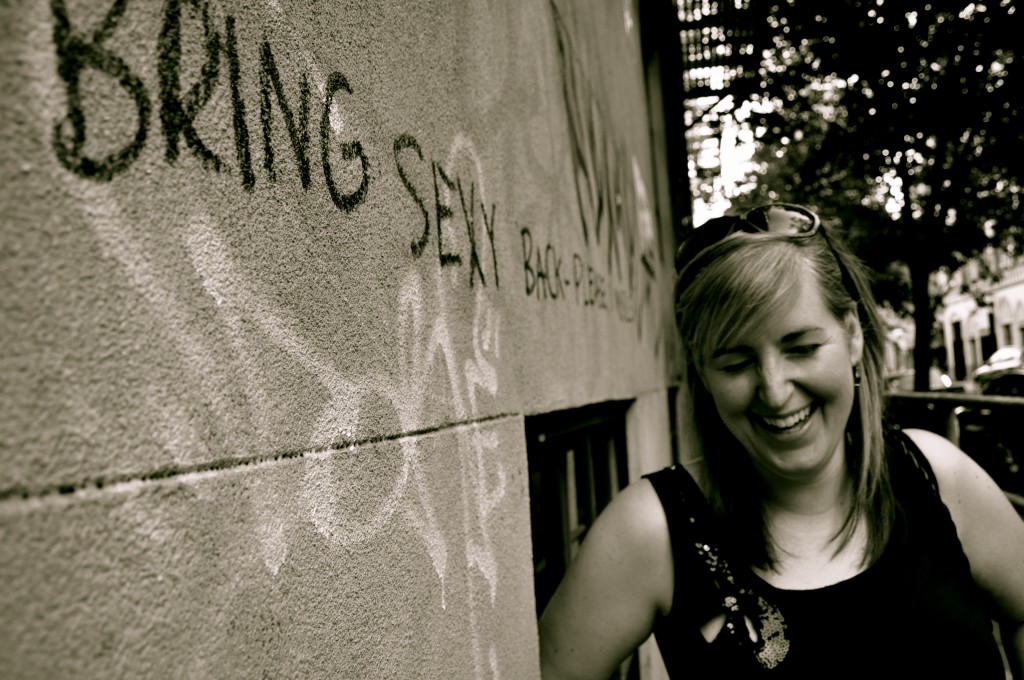