moved at the movies. meow. m words starting with m.

really high up on my list of favorite things to do is going to the movies. i love the whole experience. the previews. the way the curtain nudges back just a little bit before the feature film. seeing the stranger next to me react. the end credits. i love it all.

but considering i love the movies so much, i haven’t been in a really long time. and i’ve gotten pretty selective about the movies i will pay to see. in fact, after Q coerced us to go to pirhana 3d, i felt like boycotting the entire movie industry. on sunday, however, i saw blue valentine.  i thought it was one of the most heart-achingly honest and raw portrayals of a troubled marriage that i’ve ever seen in a movie theater. there were scenes that were so intensely intimate and charged that i felt like i was invading the couple’s privacy, and the acting was so masterful that i honestly forgot that this was all scripted. i left with a feeling somewhere in between sadness & gratitude. 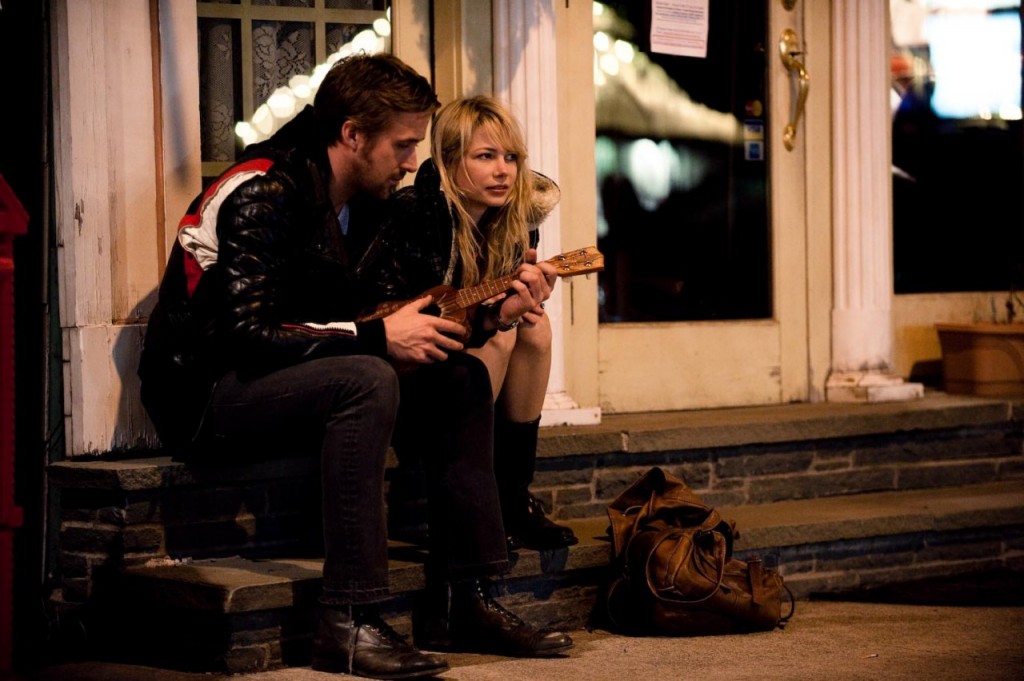 one of the scenes revolves around the couple’s ‘song’ – which i posted below. the whole notion of having a song might seem very  80’s-prom-cliche, but i find it significant. the idea that two people pick one piece of music as their own, and that it becomes a part of their story, is beautiful. ultimately, through it all, the good and the not so good, the  young-spontaneous-dancing-in-the-supermarket-aisles-love, and mature sit-on-the-couch-watching-the-news-holding-hands-love, that song goes on the journey also. and perhaps sometimes, when a relationship is strained, that song acts as a reminder that there was this small thing that was agreed on at one point way back when, and maybe it can be a point of connection again.