i find myself having less and less time to sit and just write. for this blog. or for myself. emails sit in my inbox unresponded to, which drives the OCD vein in me crazy. also, ‘unresponded’ isn’t a word but i can’t think of the word to use that is the right word for this? is there even a word?

so in lieu of lots of words, here are a few snapshots that sum up some of the highlights from the past few days. it’s all good stuff – since i haven’t taken a photo of our broken garden sprinkler, the huge load of laundry that i’m ignoring, and phoenix in his car seat. let me pause for a minute and talk about this last situation because it’s a situation that is giving me some anxiety and i’ve scoured the depths of the internet for answers to no avail (i have, however, learned how to take stains out of microfiber – so the internet redeemed itself once again). the problem is phoenix HATES being in the car. hates in all caps doesn’t give the word the weight it deserves. underline it and circle it in neon highlighter. and then etch it into your arm with a dull blade. yeah, that is how serious his loathing is. as soon as we put him in his car seat he becomes the valedictorian of screaming. if you happened to roll up next to our car at a stop light you might actually think he’s being tortured. he scrunches his eyes tightly, balls his hands into little fists of rage and just yells with full face screamy screams. the only trick we’ve found is dev sitting in the backseat playing songs on his ukulele. this distracts him for trips less than 5 minutes (it also distracts the people in cars passing us). but if the trip is too long, or he is too hot, or the air just happens to be touching him from the wrong direction, then little phix lets out the most heart-wrenching, ear hurting screams that i’ve ever heard. needless to say, if we need to drive anywhere with him there had better be a really.good.reason. 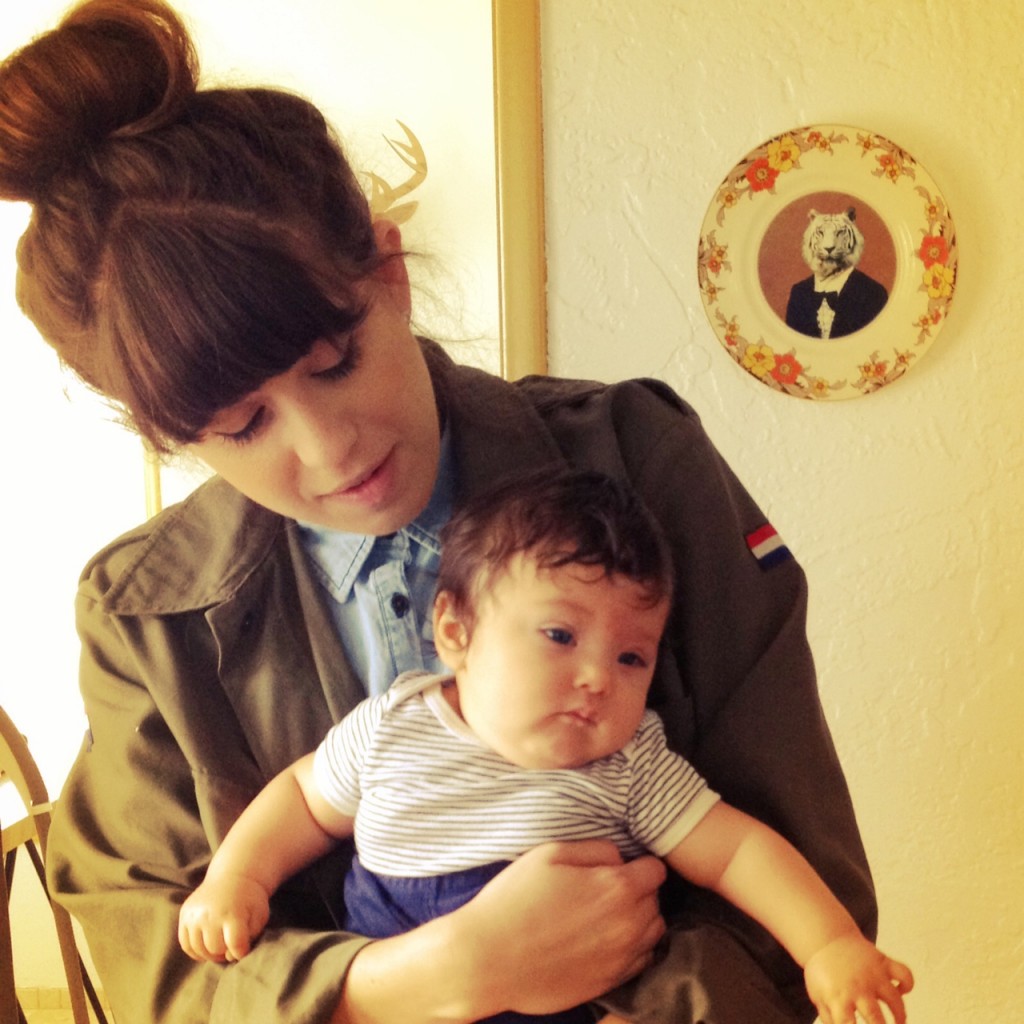 dev had his first father’s day! 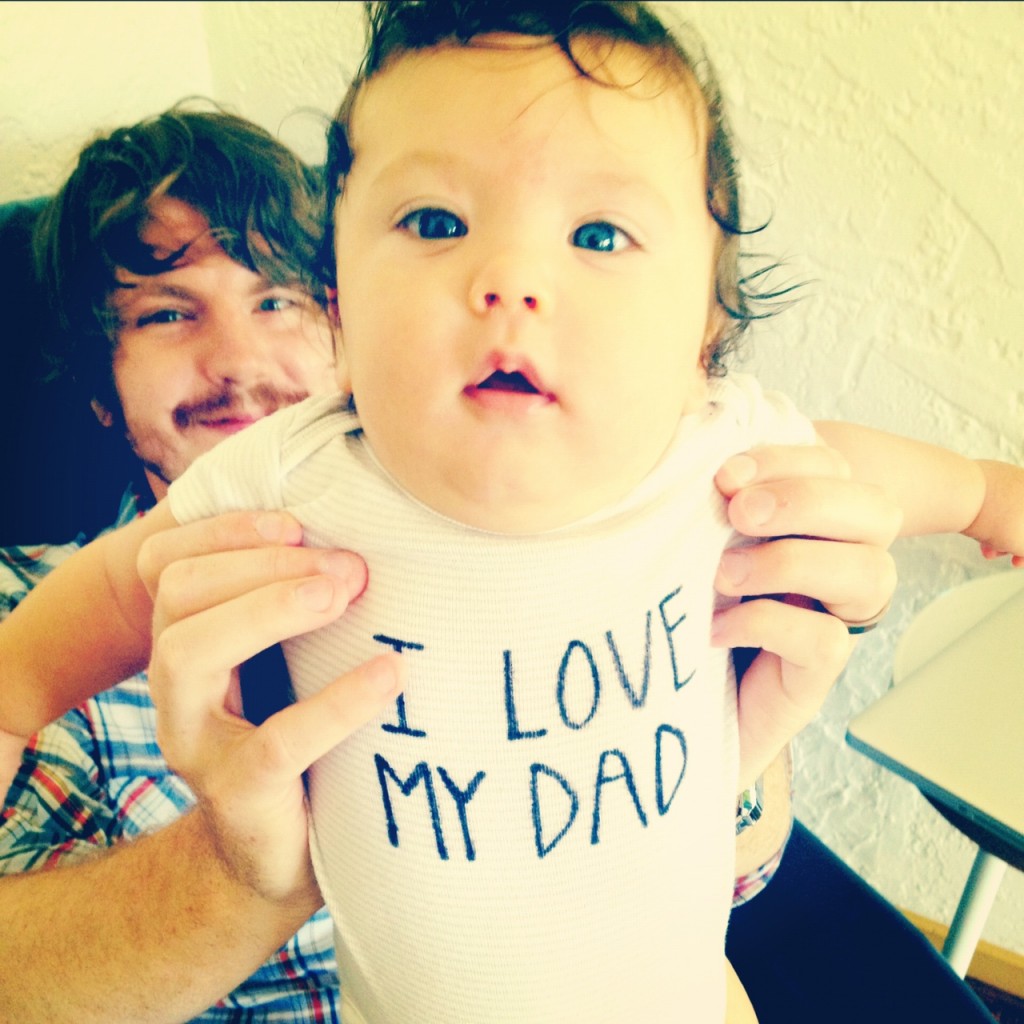 so we recreated a photo of devon’s dad and him when he was a baby. it’s crazy that 30 years have passed between these two photos. 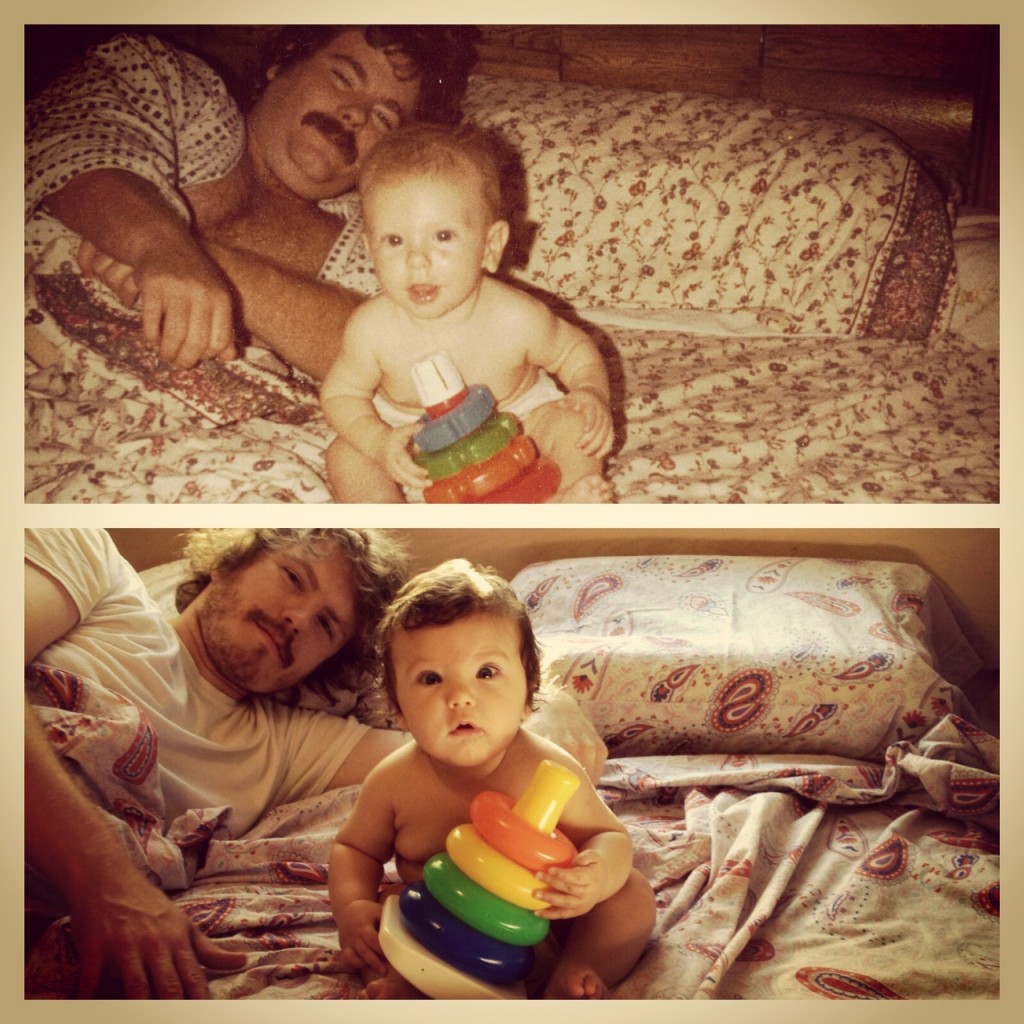 our drooly little boy found his toes. these have usurped his hands in terms of the focus of his intense fascination. 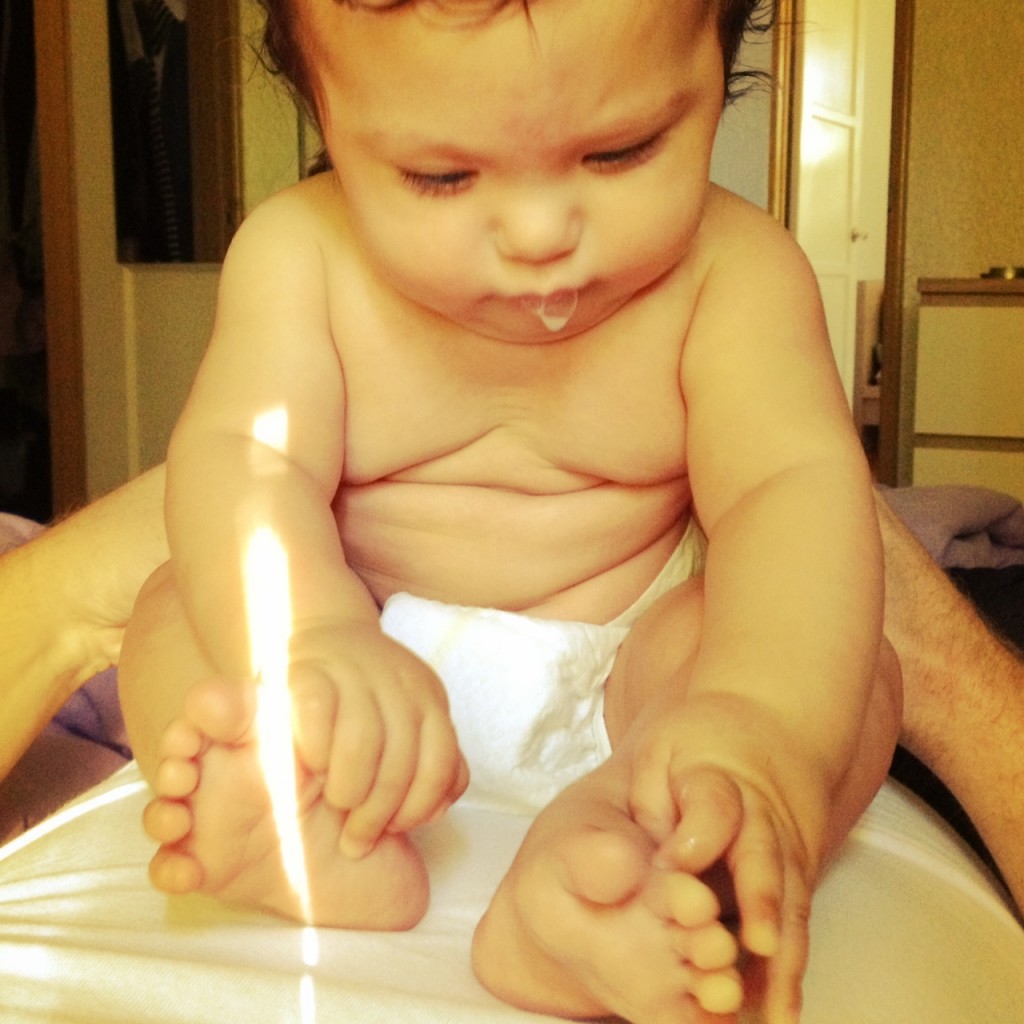 phoenix is now big enough for his high chair and he seems to like sitting at the ‘big kids’ table. 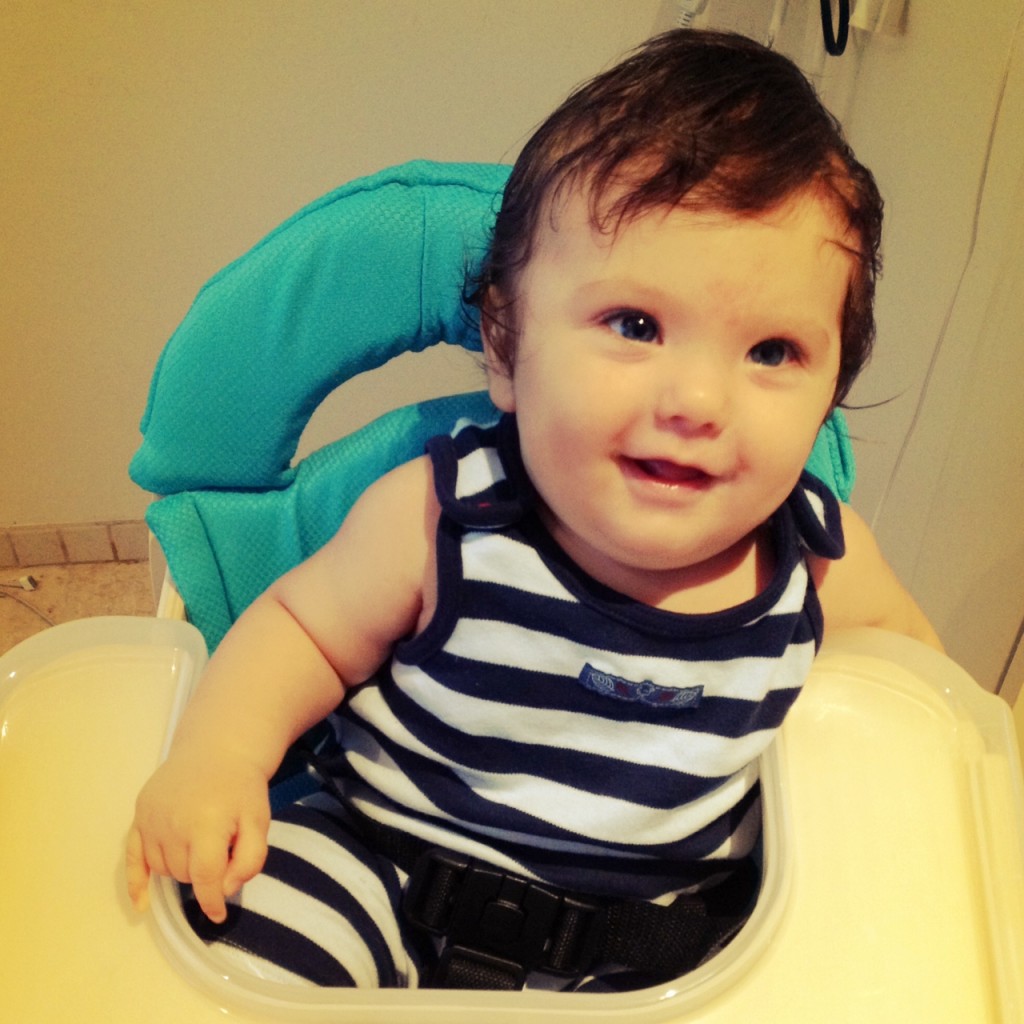 yesterday we woke up to the exciting news that Super Soul Sunday won an emmy! this is really exciting for SoulPancake and we are pumped about our future with the network. :) 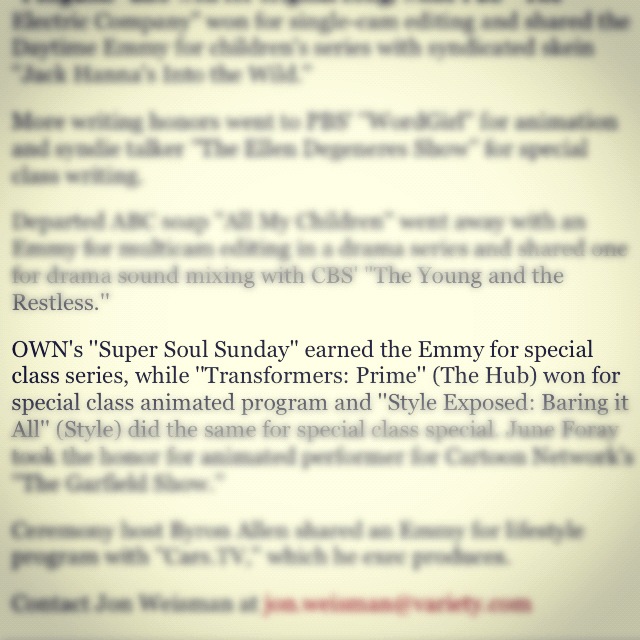 5 comments on “show and tell.”