on saturday we finally did one of those things that we always say we want to do, but don’t really go out of our way to actually do. that being: movies in the hollywood cemetery put on by cinespia.

we’d heard that the lines are always really long, like wrap-around-the-street-long, so we arrived early and ash & i staked our patch of earth while the guys adopted the hunter/gatherer role and went shopping for food. it was really nice to laze around outside under blue skies and it’s also pretty hilarious to see how seriously people take this event. folks came prepared! with mini tables, chairs, table cloths and candles! one group had a vase with plastic light-up flowers. talk about creating ambiance. our only claim to fame was the glorious picnic blanket that nic and ash had found earlier in the day. you have to admit, it’s pretty incredible: 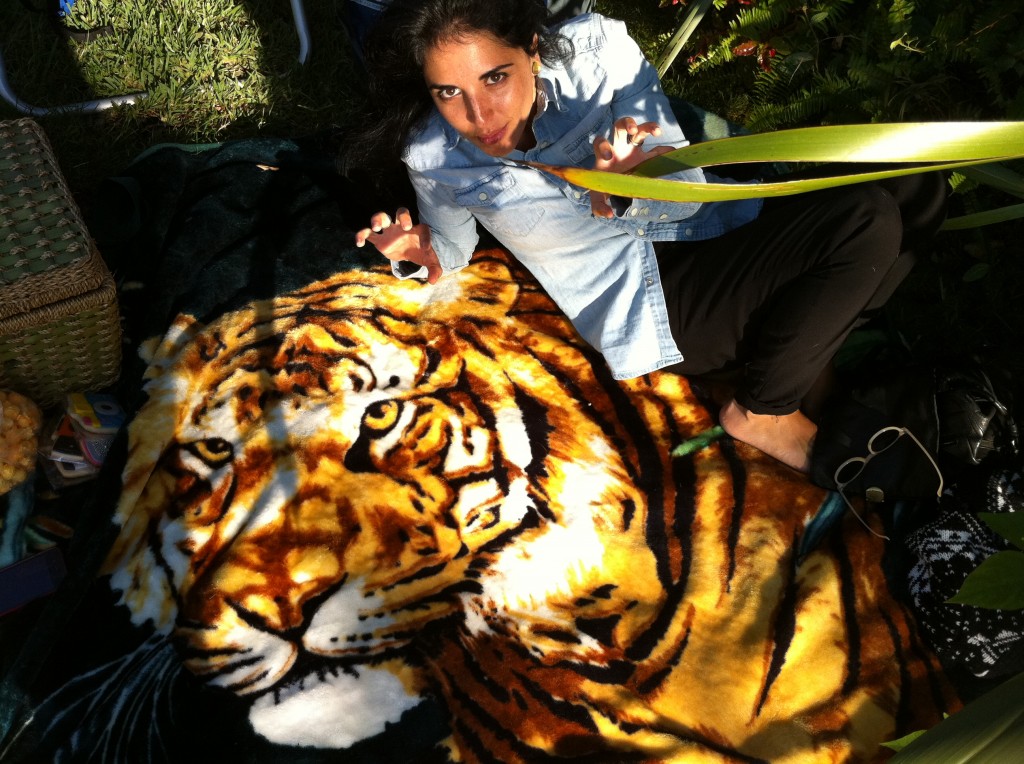 as we were at the front of the line we weren’t too worried about securing a good location on the grass to watch the film, but as soon as the doors opened up people who were far behind us in line started RUNNING towards the grass. we refused to join the line-cutters and kept walking, but ash and dev were particularly unimpressed and at one point i thought dev was going to start tripping people.

we did secure a fine patch of grass however, and set up our blanket with a great view of the stage. and then we ate all.the.food. including the amazing camera cookies which tasted as good as they looked. 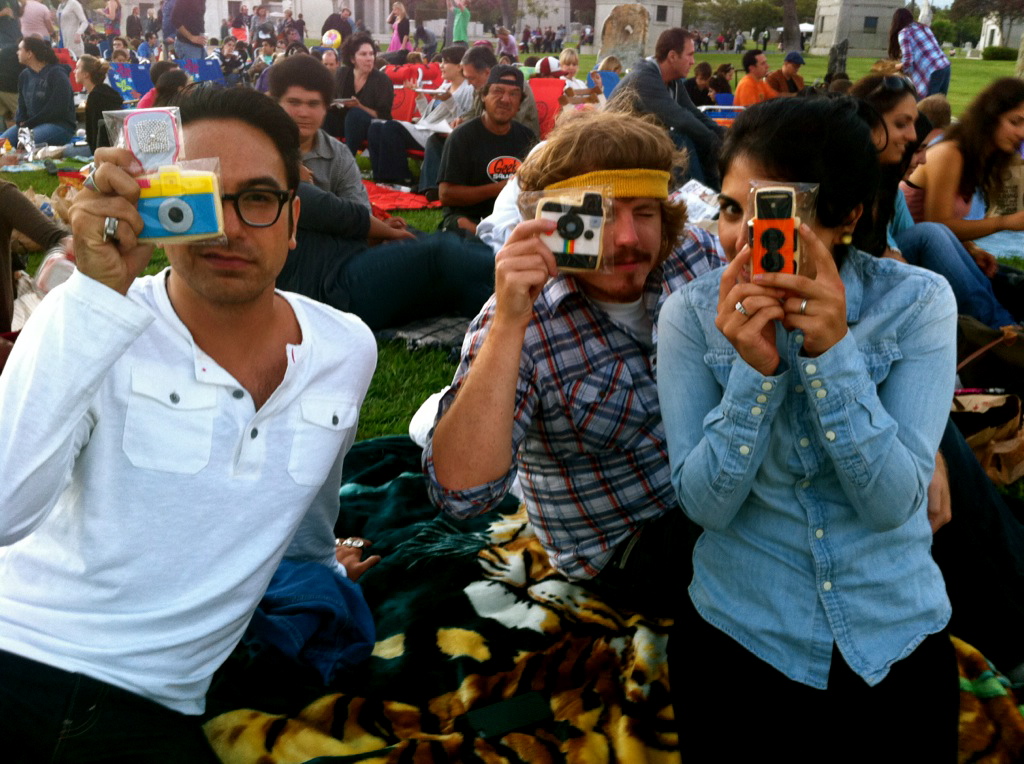 did i mention the movie was the classic steve martin, the jerk. and let’s just say the half that i stayed awake for was fantastic. #lightweight