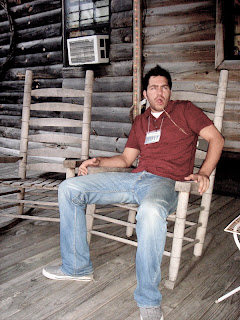 when i was in mont eagle last weekend a few of us decided to find some mexican food. well, our search for mexican lead us to this great bbq shack. it was about the size of my wardrobe. and in the middle of nowhere. how could we resist? the menu was tacked onto the wall along with a random assortment of decorations. like beehives and a slab of stone with the ten commandments etched into it.

the food was actually great. and it was nice to sit on the porch of this little eatery on a summers evening and amuse ourselves by throwing food into the air and watching andy catch it in his mouth. one of his many impressive talents, along with scaring people (it’s all about coming from down low supposedly) and writing/playing incredible music that has universal appeal. i KNOW we’re not supposed to have favorites. but he’s definitely a new favorite person of mine…even considering the fact that he reinforced my stigma about being short. and showed me a picture of another favorite person of mine beating up a baby pigeon.

i can’t find the two art prints that i bought ages ago.
which is a shame since i’ve finally bought frames for them.
losing things annoys me to no end.
in general i know where everything is.
the only thing i tend to lose sometimes is myself. but we’ve already covered my navigational deficiencies.

when i was young we lived in a small town called hatton. it was in warwickshire, england. we were friends with our neighbors. there were four children – john, robert, elizabeth and emma. here is what i can recall about them – john was the eldest. robert was deaf. elizabeth was my age and emma was a little chubby.

around 5pm every night their mum would come out and stand on the front door step and call them in so they could have their baths and go to bed. i never really saw the children’s father as he was quite reclusive. but i remember he had a red beard and he was really tall. in my head he was so tall that when he stood up he hunched over his shoulders so his head wouldn’t hit the ceiling. i’m sure this isn’t true. as chances are he wasn’t that tall and they weren’t living in a cave. but whatever. it’s my memory and that’s how i remember it.

anyway, up until bath/sleep time we would play outside together. there was a huge log which we would pretend was a shop counter – we would collect sticks, seeds, bean pods and leaves and trade our supplies with each other.

one day elizabeth and i decided to plant sunflowers. we watched over the next few weeks as they grew. i don’t recall it being a competition but i guess in my head it was. one night after elizabeth had to go inside for her bath i lingered near our sunflowers. i remember feeling this surge of jealousy that her sunflower was so much taller than mine. it didn’t seem fair, afterall we’d used the same soil and they were both receiving the same amount of sun and water. in an instant i stepped forward. grabbed its strong green stem in my hand and snapped her flower in half. the top half hung limply against the bottom part of the stem. i felt a surge of triumph, followed closely by feeling really guilty. but there was nothing i could do to rectify the situation.

the next morning i was woken by some concerned chatter outside my window. the neighbors children were all standing around speculating about the destruction of elizabeth’s sunflower. i didn’t want to get out of bed. later on that day elizabeths dad had each one of us come into the living room and he put our hands on this machine that was wired up to this black box that had dials all over it. he said it was a lie detector. and i believed him. i stood in the hallway nervously watching each child go in the room. when i walked in he asked me if had anything to do with the snapping of the sunflower. i said no. and even had the nerve to offer up a possibility “maybe it was the wind?”

to this day, i don’t know if the truth was discovered.

there is no point to this story. except for the fact that it has stuck with me all these years. it is interesting what memories i have stored amongst the countless situations and moments that i won’t ever recall.

this incident also makes me think about honesty. maz is always reminding me to be authentic. to say what i really think/feel. this is hard for me. i don’t know if it should be this hard. but being honest, well, it means being vulnerable. but i’ve been trying. the baha’i writings say that ‘truthfulness is the foundation of all human virtues’. so since my life of late is all about foundations|foundations|foundations, i think that i may as well start here.

elizabeth, i’m truly sorry.
i snapped your sunflower clear in half.
i was jealous that it was a lot taller than mine.
it was wrong of me to do that to your flower.
and then to lie about it.

ps. did your dad really have a lie detector? 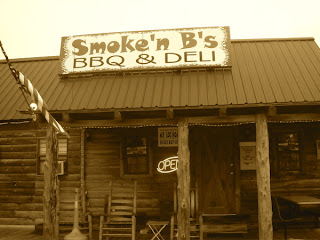 sufjan stevens, thanks for accompanying me on this saturday afternoon. if you haven’t listened to his music i recommend you start.