our belated/early birthday bouncing extravaganza was a big success. it was so awesome to spend the evening with a bunch of our friends who showed up with only one day’s notice to celebrate with us. our group of about 20 people rented a private trampoline court and spent two hours in fierce back-to-back dodge ball games, followed by fearless flips into the foam pit, all washed down with these incredible cupcakes made by sweet raz. 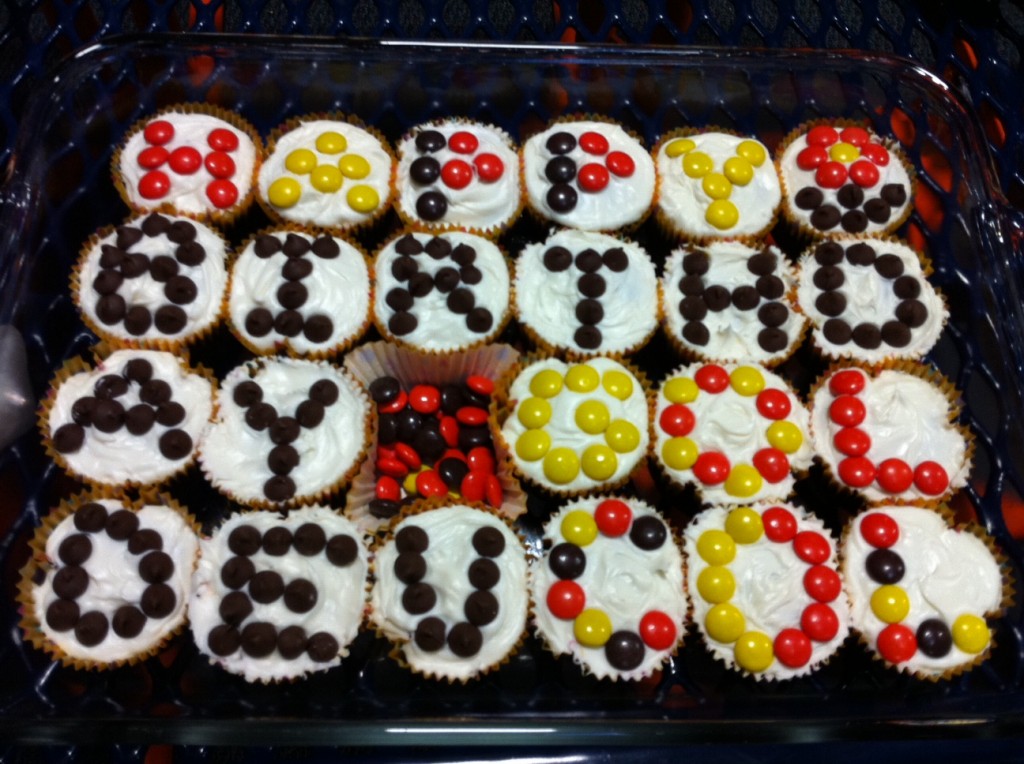 and today my legs ache and my back hurts, which means i must be getting old. alas.

it could also be due to some pretty serious planking shenanigans. i only found out about “planking” a week ago when i watched this australian news report about it. but you know me, i am a sucker for ridiculous photography fads, so this activity has taken over my life for the past 24 hours. the gist of planking is as stupidly simple as it sounds. you lay, like a PLANK, on an object and take a photo.

the first planker of the evening was ashley paige herself. here she is planking on a neon pod of some sort that we found in the ‘ravers’ corner of sky high. she has most excellent planking form. 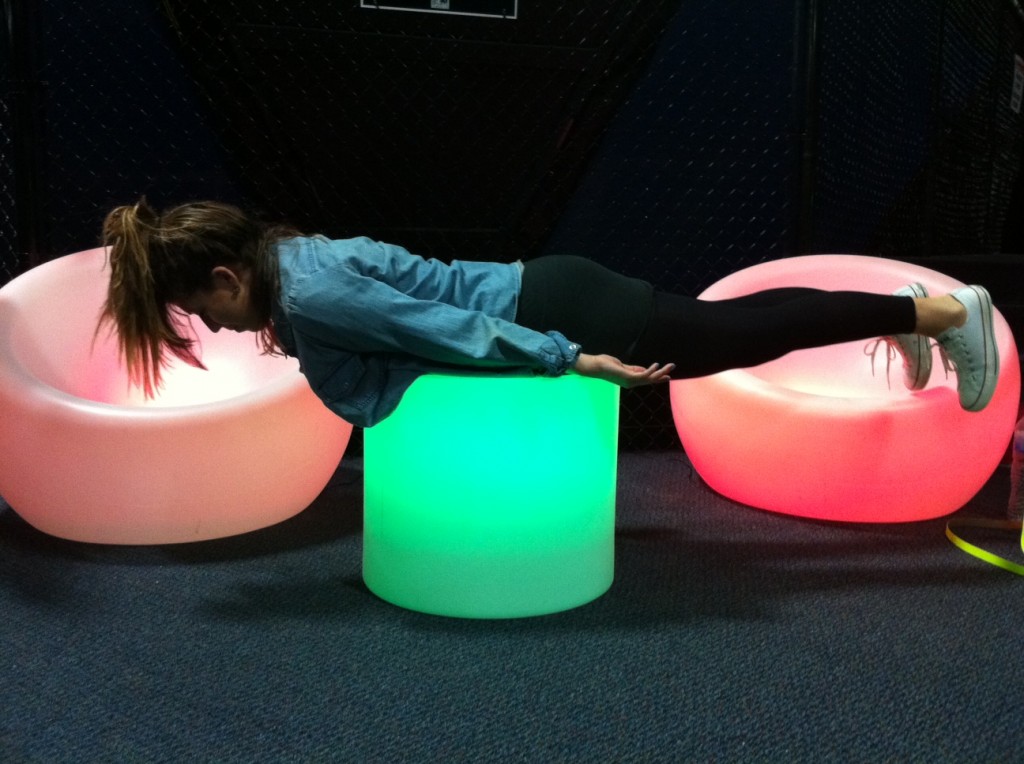 the second of our group to join the plank-apocalypse was justin-i-can-bench-press-a-bulldozer-baldoni. here’s his restaurant plank. surprisingly, we did not get kicked out of the fine establishment. i think the staff were just really confused about what was going on. 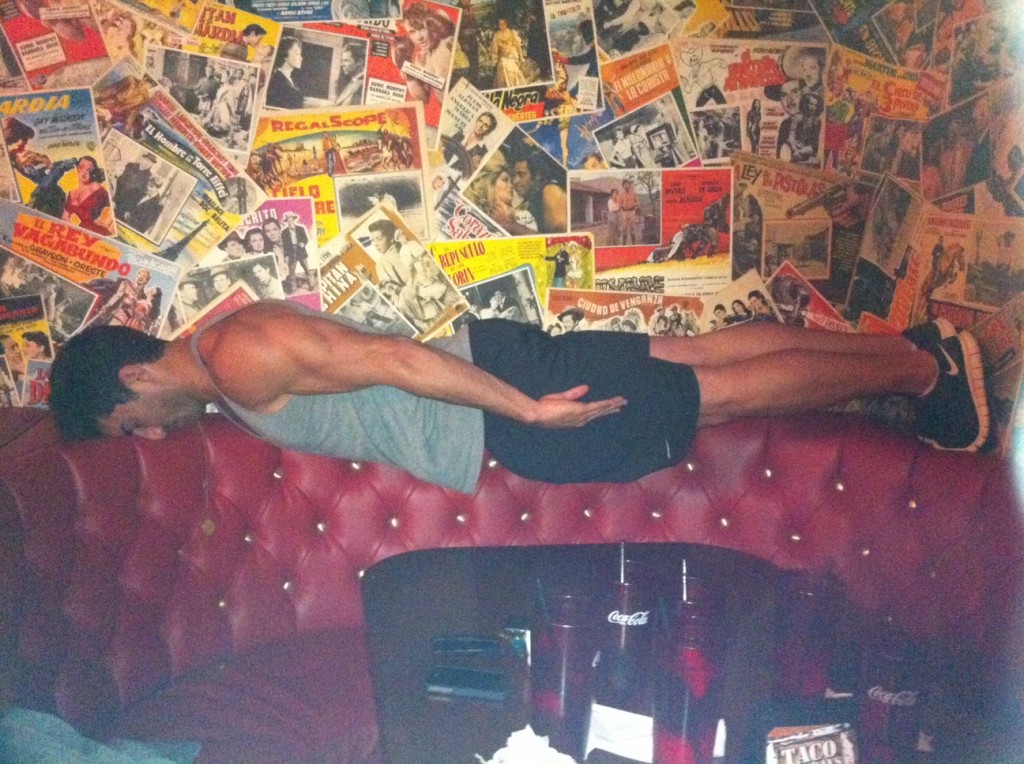 i took things to the next level, by climbing onto a wall and planking in a plant holder. the cement holder wasn’t actually attached to the wall  so getting into it was a bit tricky as i was scared it would tip, but the line between danger and fun was blurry, so i went for it. i blame this lapse of sensibility on what happens to your mind when you jump for 2 hours straight and then eat so many nachos that when you close your eyes you see corn chips floating in space. kids, don’t try this at home. any of this. learn from your elders. 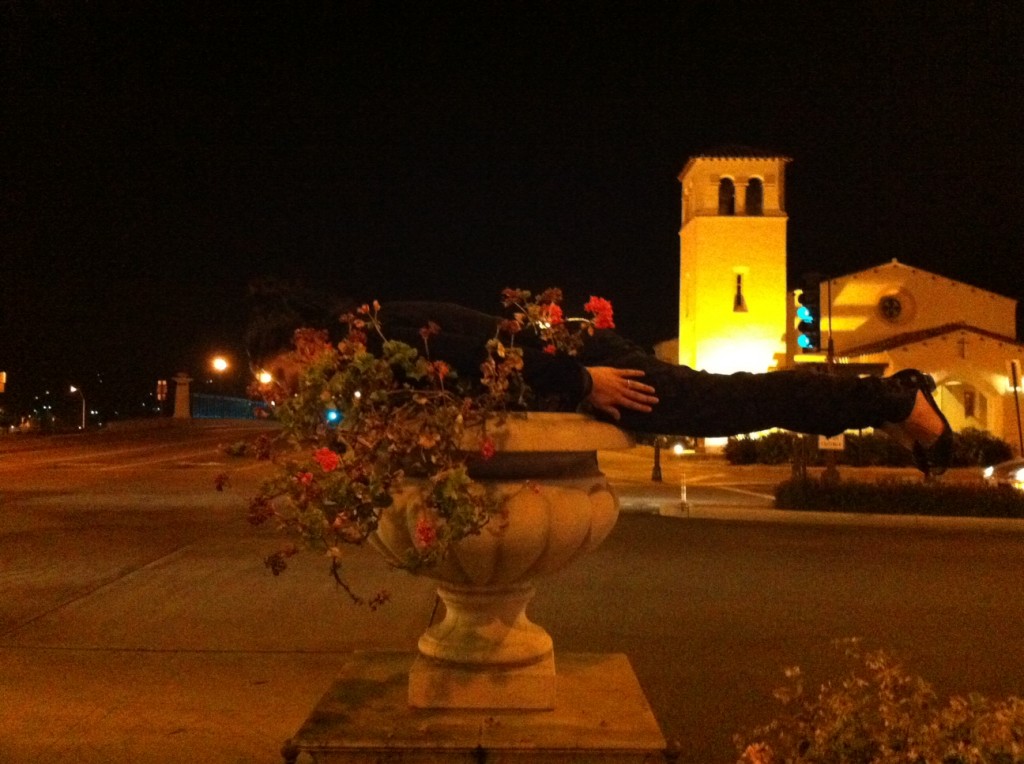 the fun continued today – and by that i mean, i’d see an object and tell collin to plank it. and he would try and usually succeed.

and then i would worry that he was going to dislocate his shoulder AGAIN. and nikki gundry would not be impressed.

but no shoulders were harmed. just things like trees, and benches and poles. and then i rounded it off with a grocery cart plank. 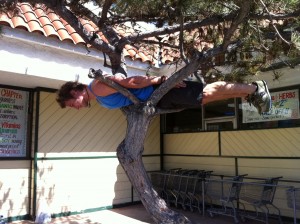 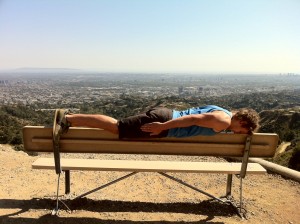 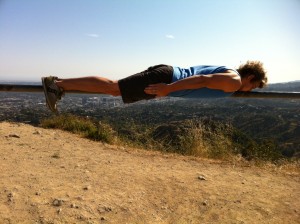 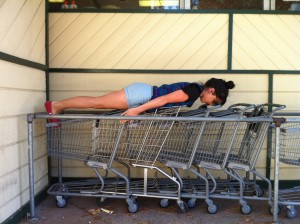