nuzzle nooks. and other awkward conversations i have to have with the guests.

so, next week my beloved beau, devon, turns 30. he’s very excited about this event. and i have yet to figure out why. but that’s the man i married. things that normal people cringe at, he sees the silver lining for. not only does he see the silver lining, he picks it up and lines his clothes with it. he hugs the silver lining. he EMBRACES it. for example, three gray hairs have infiltrated dev’s scruffy beard – and he loves them. no joke. he’s so excited about having more of them. he thinks it will make his beard all the more awesome. so there you go.

so in honor of dev’s big day, i thought i’d share two of the behind-the-scenes devon-antics that i get exposed to on the daily, but you, fine people of the internet, miss out on. are you ready for this? no, the answer is no. you’re not.

1.
dev takes his showers very seriously. so seriously, that he refers to them as ‘tub time’. but he’s not in a tub, he’s in a shower. i know, it doesn’t make sense. it doesn’t need to make sense. tub time is where dev sits in the shower, angles the shower head to hit the wall he’s leaning on and just basks in a steaming waterfall of joy. there is also no rushing him when it comes to tub time, no matter how badly we’re pressed for time, he refuses to speed up the process. there are so many times when people will call for him, very busy and very important people, and i have to say ‘i’m sorry, dev’s in the shower’. and they respond incredulously, ‘still?!!?’.

because they, like i, can’t imagine WHAT is taking so long?! how is there even that much water available on the planet? the truth is, there isn’t. dear future waterless, arid planet, on behalf of my husband, i am really sorry.

i haven’t even mentioned the most integral component of tub time. the room has to be dark. not just dimly lit and ambient. i mean PITCH black. you think i’m kidding but the FOIL he places over the beautiful stained glass windows in our bathroom begs to differ. i finally put my foot down about the foil and he has now resorted to covering the windows with giant black trashbags. hi guest, feel free to use our bathroom – yeah, i know it looks like a kill room, but don’t let that unnerve you too much.

when asked about tub time, dev responds that this is the only chance his attention deficit mile-a-minute-mind gets to block out the world and that’s how he comes up with his best ideas. well, okay then.

dev has a thing for coziness. he often tells me that even though my blog is called ‘the cozyhunter’, he is the original cozy hunter. and you know what? it’s true. dev LIVES to be cozy. when we go on road trips he packs the car with blankets and pillows. even if we’re staying at a hotel. it’s irrelevant. he just needs cozy paraphernalia in the car. when we curl up on the couch to watch a movie, he lugs over every blanket in the house. it doesn’t matter if it’s 100 degrees. extreme.coziness.always.wins.

i think he might have finally taken it a bit too far however with his newly installed ‘nuzzle nook’.

the nuzzle nook (his words, not mine) is this space in our hallway where dev keeps placing a queen-sized memory foam mattress. the mattress is so wide that it curves up on the sides of the wall – so it looks like a hot dog bun. dev has then created a ‘bed’ of sorts on the mattress and surrounded it with other objects that he can cover up with blankets – to create his cozy nook.

what’s the purpose of the nook? isn’t that OBVIOUS by its name? it’s for nuzzling, of course.

you can’t really begin to imagine how much anxiety i have over trying to explain this to people who come over to our place. i mean, at first glance it looks like we might be having marital difficulties and that things are so bad that dev’s not even allowed the couch, but just this meagre portion of the hallway FLOOR. secondly, if we explain oh that, that’s just our nuzzle nook – that makes people uncomfortable. understandably. they’re already unnerved by the kill room bathroom, why push them over the edge?

so every time we have guests over i have to do a mad scramble around the house and tear down trash bags and shove the unyielding giant memory foam mattress into a closet. so when i open our front door and i look frazzled and my hair is askew, you now know why. and you can be relieved to know that it’s NOT due to a romp around in the nuzzle nook.

and here’s the dangerous thing about love. it actually makes all this behavior endearing. i’m reminded daily that the man i’ve married effortlessly squeezes the optimum amount of happiness out of any situation he’s in. and his joyful exuberance is so damn infectious that i forgive him for his tub time and his nuzzle nooks and the fact that he cannot seem to learn which trash bin is for recycling even though it’s VERY CLEAR TO ME.

also, these antics need to be recorded for the day our future kids tell me that i’m the crazy one. 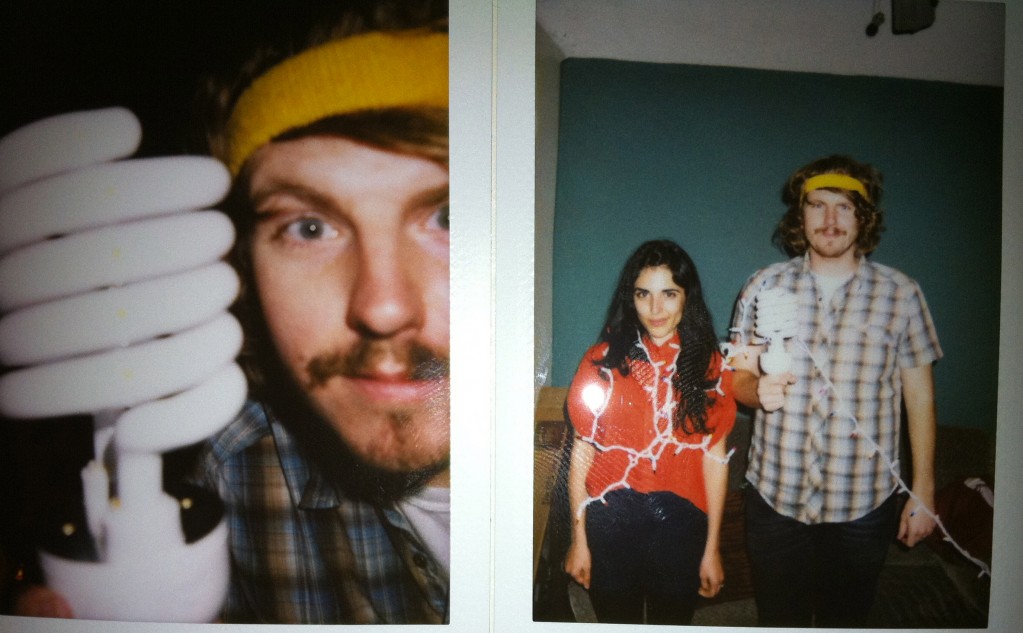 8 comments on “nuzzle nooks. and other awkward conversations i have to have with the guests.”