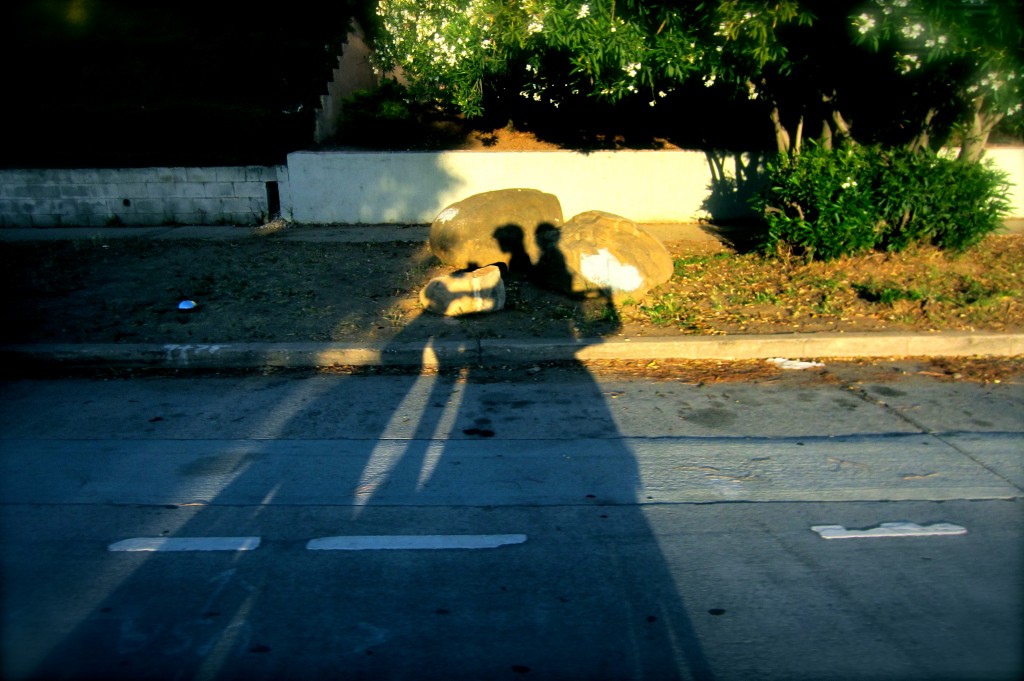 dusk vespa rides with dev are one of my favorite things. the kid in me revels in these moments because i don’t have to do anything but hold on and it’s honestly the closest feeling i’ve had to flying. obviously i haven’t done nearly enough drugs. i remember the first ride i went on with dev through the streets of hollywood late one friday night. i remember being awkward about where i was going to put my hands as it was early days for us yet. now we have dorky matching helmets and we don’t really care that our vespa isn’t ironic enough for the local hipsters who ride vintage honda’s that they’ve stripped and restored. we often go to trader joes and forget that we’re on the bike and come out with 7 bags that we have to balance precariously as we carefully make our way home. any and all coolness points you get for riding a vespa are lost the second you have to balance a 12 pack of toilet paper under one arm, and laundry detergent in the other.

one time we (and by we, i mean devon) did an illegal u-turn and we heard the quick blip of a police siren behind us. we knew we were about to receive a pretty hefty fine and without any consultation dev took off down a side street. he zigzagged through back alleys and narrow streets for a few minutes as we heard the siren trail behind us. suddenly dev pulled over to the side of the road and demanded i take off my jacket. being a naive, new zealander with no criminal street smarts, i had no idea what he meant by this. i wasn’t hot. this wasn’t a moment to de-robe as far as i could tell, so i started to argue. to which dev responds: IT’S SO WE LOOK DIFFERENT! so we crammed all our outer-layer “signifiers” into the seat and nervously sped home. to this day, i don’t really know how dev had the presence of mind for this police-evading maneuver but i guess these are the skills you learn when you watch too many matt damon action-adventure movies.

however, i don’t recommend running from the law. we spent the next two days nervous that we’d come home and they’d be a slew of swot cars surrounding our vespa which is parked outside our apartment. and for a few nights whenever i’d hear helicopters circling above our neighborhood, i’d worry that the jig was up.

and this is why we can’t be professional criminals. we’re far too paranoid.

4 comments on “partners. in crime.”