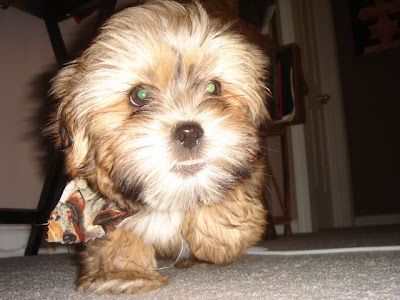 the adorable dog you see here is called sawyer not ‘soyer’ as i’ve been spelling it.

i know that the way i’ve been spelling it is not the obvious way to spell sawyer but i was confused.

‘no. he’s named after the guy from lost’

‘so, is that different to tom sawyer?’

(i can’t remember the rest of the conversation but i definitely recall some discussion about soy beans. and courtney is a vegetarian so it all made sense. somehow.)

so then I guess I just figured it was ‘soyer’.

you can all sleep much better now.