my apartment is freezing…

but we are refusing to turn on the heat. it has something to do with the fact that we are leaving and we don’t care about making the last weeks we have in this apartment liveable…there is this sense that being comfortable here is a big waste since we are going to our wonderful new home soon. it’s like we want to experience the real extremes.

i know. it makes no sense whatsoever. i thought if i wrote it out it would clarify the situation, but no. it just serves to point out how truly nonsensical it is. as nonsensical as me sitting inside and wearing three layers covered by a puffy down jacket.

want to know what else makes very little sense? we are refusing to buy any groceries because we are determined not to move any food stuffs from one abode to another. which made COMPLETE sense at the time the stance was taken. but now, when i open a pantry that offers sesame seeds, seaweed wraps for sushi, oatmeal, half a box of cereal and three cans of beets i’m a little concerned.

and it brings up the question of why did i ever buy canned beetroot? and not just one can but THREE. i don’t even like it. i like fresh steamed beetroot drizzled with olive oil, with feta cheese and walnuts crumbled all over it. but canned? not a fan. i can assure you that these cans will still be there in the pantry on moving day. i might leave them here as a welcome home present to the new residents.

because the first thing you crave when you move into a new place is a can of beets. or three.

i took marabeth to zumba. it was supposed to be hilariously funny and a total disaster. but no, turns out the girl is a zumba savant. a total natural. she took to it with grace and poise. and while i was doubled over in laughter she was salsa-ing and shimmying and sashaying effortlessly.

this happened once before…i was telling marabeth about this very difficult yoga pose. a pose that it had taken me a whole YEAR to accomplish…and i was still a long way off from mastering it. i described how difficult it was and how even my instructor had difficulty with it. the next thing you know she jumps up and does the pose…she looks at me and asks innocently ‘you mean, this?’. it was as if she was placed on this earth for the sole purpose of doing the pose perfectly. on command. with not a hint of difficulty.

yeah. moral of the story – i’m going to leave her behind next time. 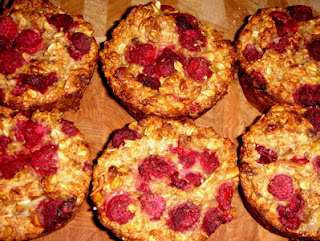 a friend asked for my mega muffin recipe. i would share it if there was a recipe but there isn’t one. it basically is a combination of everything in my kitchen that you could potentially put in muffins. and it is everchanging. i usually start out with three eggs and then it’s anyone’s guess from there. somehow even though they contain no oil and no sugar they always turn out delicious. i think the secret is lots of mashed up bananas and grated apples/pears or carrot and berries so they are moist.

anusce – when you visit me in nashville i’ll make you your very own batch. reason three hundred and seventy four why you need to come to nashville soon! 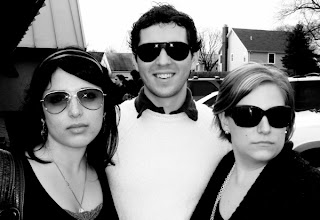 the bad hair i’m rocking is outweighed by the coolness of the sunbursts in our sunglasses.

2 comments on “my apartment is freezing…”