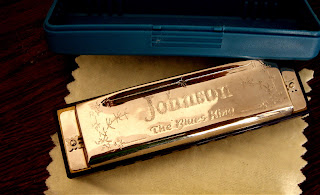 look what i found. i bought this a few weeks before nina visited me in melbourne. the girl can play the harmonica/blues harp/call-it-what-you-will, like a fiend. so she inspired me. and the purchase was made. but unfortunately, when i placed this instrument to my lips, instead of wailing jazz/blues, came out irish jig music. think ‘riverdance’. i know, awful. so anyway, during my last organizing spree i came across this forgotten gem. and now i can’t put it away but i can’t play it either.

i fondly refer to these as ‘cocaine bars’ because they are 100% addictive and bad for you. m2 and i were introduced to them at caa. they became our breakfast substitute. the perfect accompaniment to tea. but why stop at one? when you can have two? or three? but we would always ‘share’ the third. because we were well aware that we were heading to a dangerous place fast. my only advice to you is to not start. 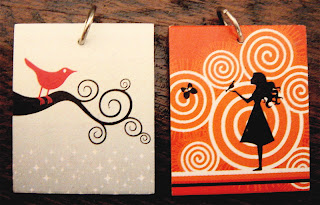 i purchased these from etsy.com a long time ago. i have no intention of ever wearing them but i love them. once again, i put this down to golriz’s bird obsession of 2007. which you’ll just have to deal with until 2008 and by then, let’s hope i have a new obsession. because there is only so much bird paraphenalia one person can acquire. 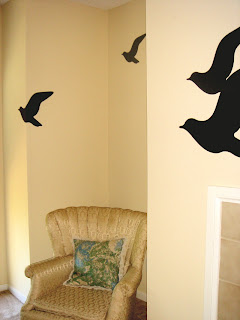 i had loved these wall decals the moment i saw them and now they feature on my walls in all their winged-flight-glory. i especially love the one that wraps around the corner. i’m in the mood to decorate my space lately. but i’m waiting until i have something smaller and cosier. our current apartment is great but so big that no matter how much you fill it up, there is all this empty space. i am already excited about potentially moving to east nashville next year and renting a little bungalow. with a garden. and a tree. and fun neighbors who we have over for dinner and get wrapped up in conversation until 2am. and saturday mornings at the farmer’s market. and trivia night at three crow bar. 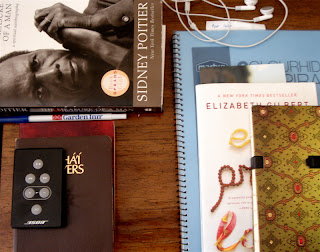 i think that once a month i will take a shot of this space – the surface of my bedside drawers. sometimes ordered and neat, many times messy. it would be interesting to see the books that feature and whether i can allow myself to take the picture without adjusting anything. without straightening, or removing or adding. whether i can let it be true to the exact moment the picture was taken. so, the 17th of every month. remind me if i forget. 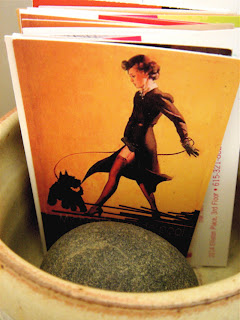 and finally, this is my hairdresser’s business card and the ‘egg stone’…aptly named because it is a stone, that is shaped like an egg.